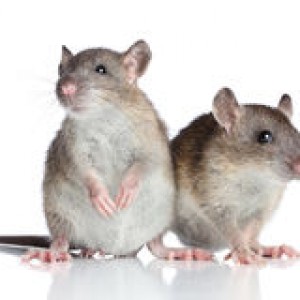 A University of Calgary study has found that rats fed a fibre supplement while on a high-fat and high-sugar diet show a much lower weight gain than those who did not eat the fibre.

Funded by the Canadian Institutes of Health Research, along with Alberta Innovates-Health Solutions, the study was published in the April edition of the journal, Obesity. Despite having constant access to food high in fat and sugar, rats given supplemental oligofructose fibre gained about one third less weight than the control group.

The effect was seen regardless of the animals’ genetic predisposition to obesity, with rats prone to obesity and those that were more resistant and relatively leaner showing similar results.

“The striking finding was they both gained far less weight than controls,” said the study’s lead author, Nina Cluny, a postdoctoral fellow in the HBI and the Department of Physiology and Pharmacology.

Oligofructose is a naturally occurring dietary fibre found in vegetables such as onions and other foods such as bananas.

“It’s a prebiotic fibre — a food, if you like, for the bacteria that live in our guts,” said Sharkey.

Trillions of bacteria live in the human gut, collectively forming what is known as microbiota. They help with everything from digesting food to warding off harmful micro-organisms. Oligofructose is suspected to decrease weight gain by affecting the composition of microbiota and some of the gut hormones that control food intake.

Cluny says the study showed microbiota in obese rats given oligofructose were changed to be more similar to those of lean animals. Gut hormones were also affected by the oligofructose, including an increase of a hormone that helps control the sensation of satiety — the feeling of being full.

Raylene Reimer, a co-author of the study, has published studies looking at the relationship between oligofructose and weight management in humans, and has identified a dose that helps adults and children eat less and reduce their body fat.

“It is not a ‘magic bullet’,” said Reimer. “If you take prebiotic fibre, it doesn’t cause you to lose 100 pounds in six months.”

In a 2009 human study that she led, adults receiving supplements of oligofructose lost on average one kilogram over a 12 week period — and, perhaps more importantly, didn’t continue to gain weight, which is what occurred among the participants who took the placebo. In the most recent study published this month, researchers used an animal model to investigate the mechanisms of how the fibre interacted with the gut to reduce weight gain.

Oligofructose shouldn’t be seen as a potential alternative to exercise and diet, which have many other health benefits besides lowering weight, said Sharkey. He, Cluny and Reimer instead view the fibre as one of many possible tools in the fight against the growing problem of obesity.