Marine Hydrocolloids is the largest producer and exporter of Agar in India for the last 35 years suitable for Confectionary and Dairy Products Industries, Plant Tissue Culture, Dehydrated Culture Media, Microbiology, Pharmaceutical, DentalCastings etc. The Company's main business is in Agar Agar, apart from culture media ingredients. Agarose, Sodium Alginate, Carrageenan etc. The company has ISO 22000 - 2005, Halal, Kosher, HACCP Certifications and its products are exported to USA, UK, Europe, UAE, Middle-East and Africa. Asar Food Grade/ China Grass/Gulaman Bar Agar has been used for many centuries as a high performance gelling agent. lts ability to produce clear, colourless, odourless and natural gels clear cut without the support of other colloids has long been exploited by the food industry, not only as a stabilizer and gelling agent but also in the manufacture of confectionary, glazing and icing coatings, piping jellies and many other innovative products. Apart from its ability to jellify aqueous solutions and produce gels without the support of other agents. Agar Agar can also be used a safe source of dietary fibre since it is not digestible by the human body. Agar Agar food grade which is commonly known as China Grass or Gulaman Bar is used specially during the Ramazan season while breading the fast, as this given a very'good cooling effect on the body after the day-long fasting. This is used in making ice creams mixes and milk shakes also. Agar is used as a thickening agent in low calorie marmalade, jam, processed meat products, bakery fillings, icings, prepared soups, ice creams, etc. and as a gelation agent in doughnuts, low calorie marmalade, jam, jelly candy, fruit yoghurt, acidified creams, cheese, puddings, custard, flan, gelatin fruit desserts, processed meat product, bakery fillings, icings, whipped fruit pulp, etc. 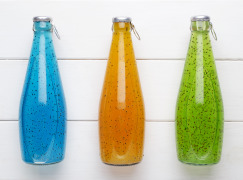 Plant Gel is the brand name for the Gellan Gum of Marine Hydrocolloids. Plant gel is a High Molecular weight (formula weight approximately 500,000) Polysaccharide gum produced by fermentation of a carbohydrate by pseudomonas Elodea, purified, dried and powdered.Plant gel will disperse in cold water. Disper...

There are three Carrageenan types which are of commercial interest because of the various applications of hydrocolloids in food and other industrial uses. They are called the Iota, Kappa and Lambda Carrageenan. Marine Hydrocolloids Carrageenan uses the Eucheuma Cottonii for the production of Kappa Car... 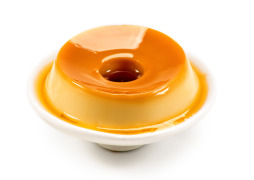 Agar Agar is used as 100% vegetarian substitute for Gelatin (manufactured from animal bones and skin) in the food industry. The usage is fast gaining ground due to the worldwide shift for products of vegetable origin. Agar Agar has been used for many centuries as high performance gelling agent. q...

More info
View all our products (8) 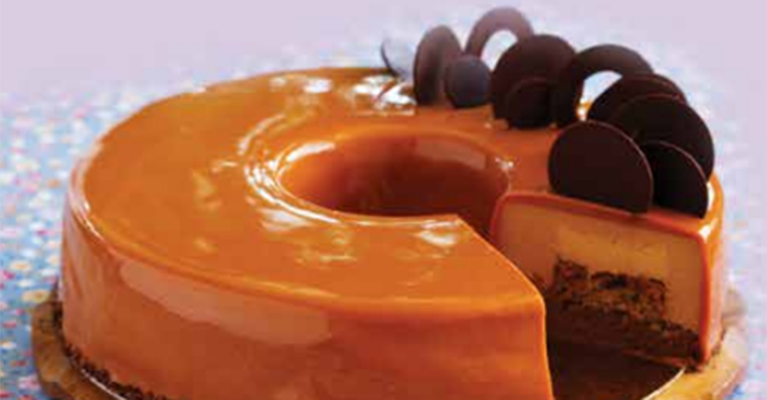 Agar Agar type Wonder Gel is perfect vegetable substitute to traditional animal gelatin that provides a soft & delicate texture with smooth spreadability & creaminess. It is ideal for vegetarian & vegan diets as it is made from a natural plant-based source. 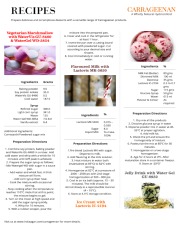 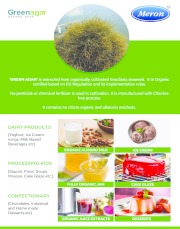 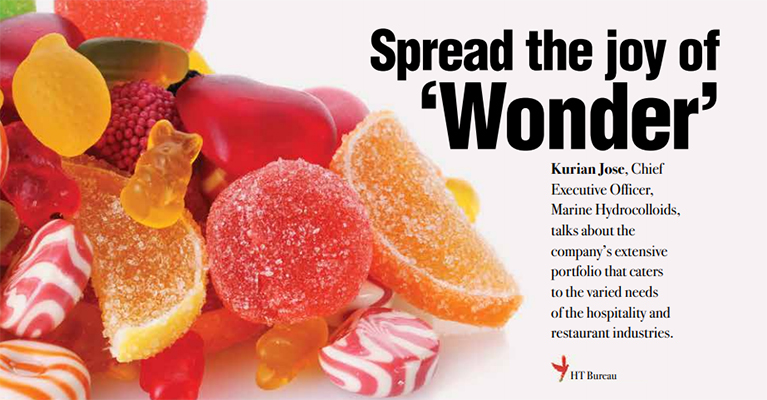 Spread the Joy of Wonder 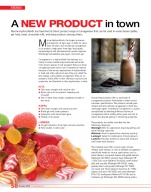 Carrageenan: A New Product in Town