Dutch brewing giant Heineken announced it will cut 8,000 jobs as part of a new restructuring effort. The timeline for these job reductions will vary across locations, but the company did say that its head-office will see a 20% reduction in positions at the end of the first quarter of 2021.

Redesigning the global organization over the course of 2021 will cost Heineken €331 million, but the company anticipates this initial outlay will help it save €2 billion over the three years through 2023. Other initiatives playing into this savings goal are an efficiency program aimed at reducing the number of SKUs at the company and curtailing ineffective spending.

As the beer industry continues to struggle with shrinking margins resulting from consumers look for alternative beverages, Heineken is working to boost its margins to 17% by 2023, a level that the company maintained pre-pandemic, Bloomberg reported. However, restructuring its workforce is only one way that the beer brewer is hoping to achieve that goal.

In its annual earnings report for 2020, Heineken said that it will amplify its strong premium positioning by making fewer, bigger bets in local premium brands. More notably, the Dutch conglomerate said it is looking to “move beyond beer, innovating to serve consumers better.”

According to the company release, leaving beer behind looks like both growing its no-alcohol portfolio, where the crown jewel is currently Heineken 0.0, as well as expanding into other categories such as Hard Seltzer. In September, the company launched a seltzer called Pure Piraña in Mexico and New Zealand.

Despite its defined road map, Heineken has an uphill battle. In 2020, the company’s net sales dropped 11.9% organically with beer volumes slumping 8.1%.

But Heineken isn’t alone. Plenty of beer brewers suffered last year as the pandemic compounded woes from previous years. Last September, a report from the Beer Institute, the Brewers Association, the National Beer Wholesalers Association and the American Beverage Licensees tallied up the damage from the pandemic, showing that the more than 651,000 jobs supported by the U.S. beer industry will be lost going into 2021. The report predicted that retail beer sales would fall by $22 billion (€1.64 billion) at the end of 2020. And these forecast numbers come on the tail of four years of sales declines.

While more traditional brews have suffered in terms of sales volumes, no-alcohol alternatives and hard seltzers have made a bid to take over the lost market share. As demand for these alternative beverages grows, companies have responded. AB InBev and Molson Coors have both invested in beverages to serve modern consumers. Molson Coors has particularly pushed the envelope and released a plant-based diet soda and a milk alternative that is grain-based.

Heineken has not gone as far, but it did launch a virgin version of its Desperados beer in January. Its craft brand Lagunitas is also moving further into the alternative libations space and has a zero-alcohol HOP beer as well as a non-alcoholic IPNA that it released in the U.S this past December. 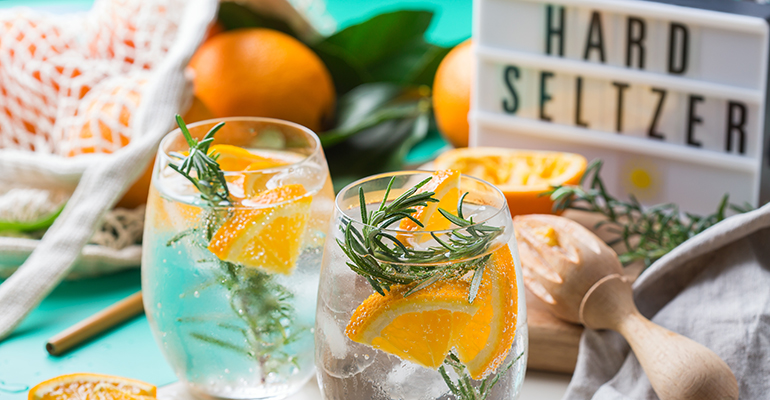