Year after year, the desire to lose weight ranks among the most common resolutions for most Americans, according to market researcher Packaged Facts.  Presently, it says, about 100 million Americans are watching their diet to lose weight or to maintain their current weight. This is a revelation indicating that the healthy eating movement remains firmly on […] 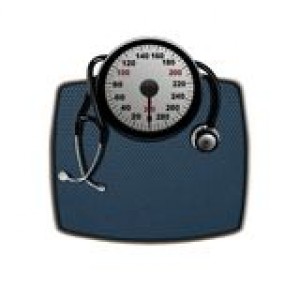 Year after year, the desire to lose weight ranks among the most common resolutions for most Americans, according to market researcher Packaged Facts.  Presently, it says, about 100 million Americans are watching their diet to lose weight or to maintain their current weight. This is a revelation indicating that the healthy eating movement remains firmly on the upswing, according to the report Weight Management: U.S. Consumer Mindsets by Packaged Facts.

Yet, although traditional views of dieting remain an important part of American culture, the company says, there are significant changes now underway in the way Americans think about their weight and what to do about it.  One trend highlighted in Weight Management: U.S. Consumer Mindsets is the growing alignment of weight management efforts with ongoing changes in contemporary American eating habits.  Instead of controlling what they eat at mealtimes, today’s consumers are much more likely to focus on changing their snacking habits in order to achieve weight loss success, a practical and realistic strategy that reflects the increasing importance of snacking in America today.  According to Packaged Facts survey data, only 32% of those following a diet plan or eating strategy try to lose weight by eating in moderation at meals.  More than twice as many (66%) say they limit how much they eat when they snack, while 62% set boundaries on how often they snack.

Likewise, another aspect of today’s weight management culture is the increasing tendency of consumers to turn away from formal diet plans imposed by outside authority and to conflate “dieting” with “healthy eating.”  With the aid of mobile platforms that enable consumers to monitor their health and track their weight management efforts, DIY dieters increasingly embrace their own private healthy eating and exercise regimes as the path to weight loss success.

Many other conventional components of weight-loss efforts are also falling by the wayside, notes David Sprinkle, Packaged Facts’ research director.  For example, consumers are now much less likely than they were in 2009 to associate losing weight with the purchase of low-fat or fat-free foods.  Between 2009 and 2014 the percentage of dieters trying to lose weight who use any low-fat or fat-free foods fell from 58% to 49%, while the percentage of dieters working to maintain their weight who use this type of food product declined from 54% to 49%.  As dieters have turned away from low-fat/fat-free and reduced calorie types of packaged foods, they increasingly favor “regular” types of a wide range of food products, including dry mix and prepared salad dressings, mayonnaise, American cheese, cottage cheese, cream cheese, pancake syrup, margarine, non-dairy cream substitutes, ice cream, potato chips, snack cakes and puddings.

Another potentially enduring shift in weight management is the shift away from weight-loss to weight-maintenance diet plans.  It’s true that Simmons National Consumer Study data show that over the past five years, the number of people who are 30 or more pounds overweight and on a weight loss diet grew from 16 million to nearly 18 million, while the percentage grew from 56% to 63%.  However, with the exception of these significantly overweight people, Americans watching their diet are increasingly more likely to be satisfied with not gaining more weight rather than struggling to shed pounds.  Between 2009 and 2014 the number of consumers watching their diet to maintain their weight grew 12.8%, or nearly twice as fast as the growth in the population of those seeking to lose weight.

The main demographic driver of the shift toward weight maintenance and away from weight loss is the growing interest of men, including those under the age of 35, in taking positive steps to maintain their weight.  Over the past five years men have accounted for two-thirds of the growth in the population of weight maintainers.  Another broad demographic factor influencing the trend toward weight maintenance rather than weight loss efforts is the apparent leveling out of the upward trend in overweight and obesity; as overweight becomes less of a problem, weight maintenance is seen as more of a solution for weight management.  Finally, a decrease in cultural bias against being a few pounds overweight likely is another reason for more people to be content with the idea of maintaining their weight rather than reducing it.  In the end, since health considerations are the main purpose of the weight management efforts of a majority of people, the unachievable quest to drop a few more “vanity pounds” in order to achieve an idealized body image may be on its way out as a cultural reference point.