Global launches of beverage and food products containing stevia have grown steadily since 2012, and in 2017 alone, increased more than +10% vs. 2016, the company notes, citing data from Mintel.

Nestlé UK and Ireland has unveiled Milkybar Wowsomes, which it claims is the first chocolate bar in the world to use Nestlé’s innovative sugar reduction technique. 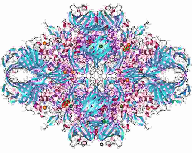 DSM has launched Maxilact Smart, which it claims is the fastest lactase enzyme on the market, enabling a significant increase in production efficiency and capacity.

Fonterra has increased its 2016/17 forecast Farmgate Milk Price by 75 cents to NZ$6.00 per kgMS, making the forecast total payout available to farmers $6.50 to $6.60 before retentions.

DSM has introduced a new range of freeze-dried cultures for set yogurt formats. The new Delvo cultures are said to allow for more texture and flavour variations in set yogurts and result in reduced levels of liquid whey over shelf life.

Proposals designed to secure a sustainable future for Britain’s biggest fresh milk and ingredients business have been confirmed by Müller Milk & Ingredients (MMI), involvomg an investment of £60million.

Cheese snacks are an opportunity

Reinventing cheese as a naturally-healthier snack is the biggest growth opportunity for dairy companies, according to New Nutrition Business in its new report, 10 Key Trends in the Business of Dairy Nutrition.

Chr. Hansen has launched a new coagulant - CHY-MAX Special – which it describes as a true game changer for soft cheese manufacturers and the food service sector by eliminating undesired bitter notes developing throughout shelf life.